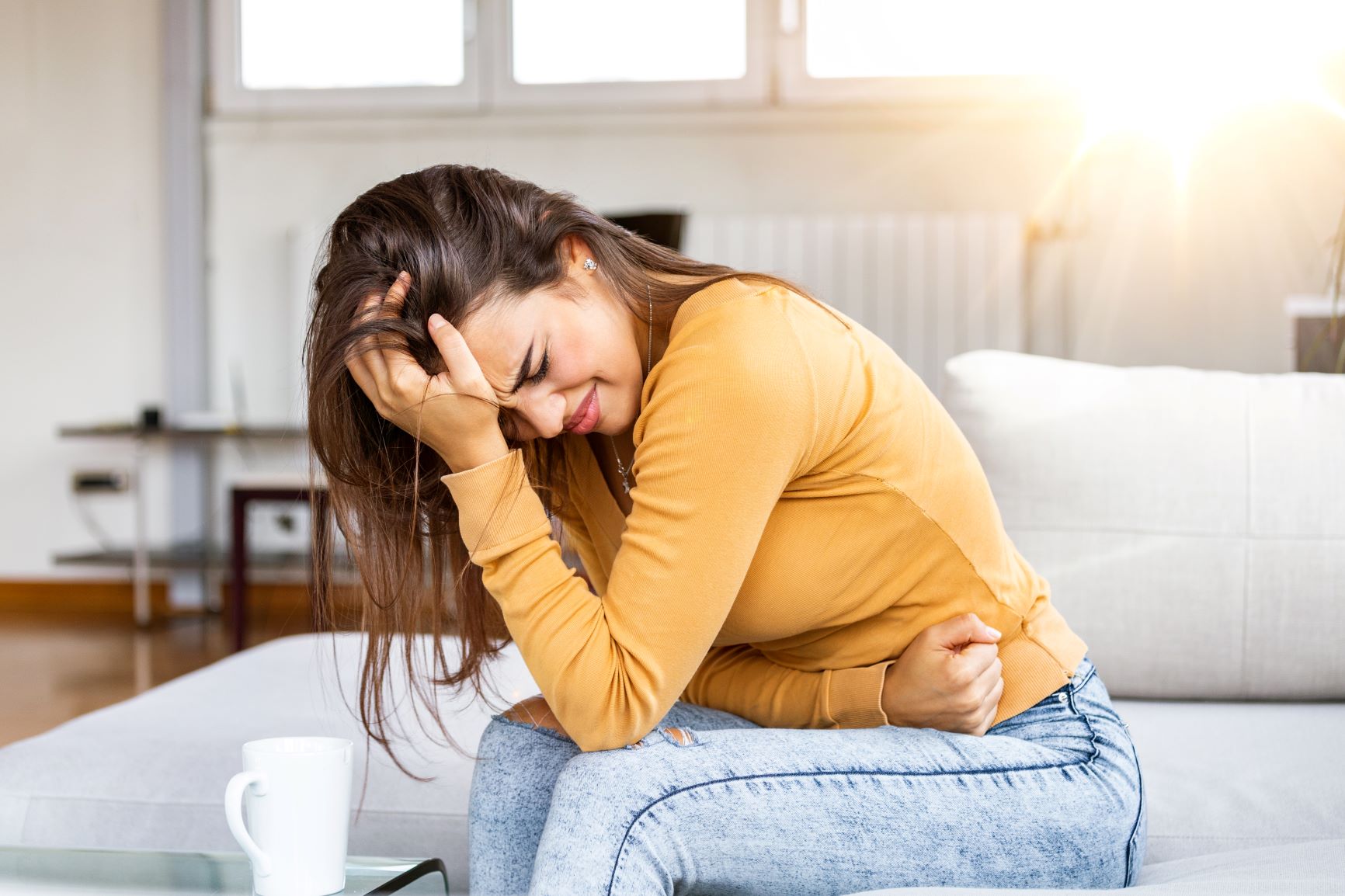 When your stomach hurts, it can be uncomfortable (to say the least). In some cases, it can even leave you feeling doubled over in pain. And while we all experience it once in a while, certain serious stomachache symptoms could indicate that it’s time to see your doctor. That’s why, today, we’re exploring a few reasons that could explain why your stomach hurts.

Your body’s natural digestive liquid has a lot of acid in it to aid in your system’s functions. At times, the liquid gets pasts your stomach’s protective barrier, causing irritation in your lining. Caused by bacteria, frequent pain reliever usage, excessive alcohol or stress, this condition is known as gastritis. Sometimes, it can be treated with an over-the-counter solution like an antacid or a prescription, but it’s best to consult with your doctor to rule out bleeding or stomach ulcers.

A peptic ulcer is an open sore found along the lining of your stomach or the upper area of your small intestine. It’s often caused by bacteria, but can also be linked to long-term use of aspirin, ibuprofen and other painkillers. Those with certain habits, like smoking or drinking, are also at a higher risk. Doctors will usually prescribe a medication to decrease stomach acid or antibiotics for peptic ulcers.

Could it be the stomach flu? This viral infection affects your intestines, causing a number of uncomfortable ailments like diarrhea, cramps, nausea and even vomiting. It’s contagious and can be transmitted through contaminated food, but it also tends to relieve itself on its own. For certain symptoms, like a fever, dehydration, or any presence of blood in your vomit or stool, seek medical attention.

Caused by improper food handling, bacteria, viruses and parasites are the culprits for this unpleasant illness. Typical symptoms include diarrhea, nausea, and vomiting, and while it usually gets better on its own, there are some instances in which it’s best to see your doctor. If you’re dehydrated, see blood in your vomit or stool, or you have severe diarrhea that lasts 3+ days, it’s best to make an appointment. Those with weakened immune systems should also contact a doctor if they suspect food poisoning.

From cramping to abdominal bloating and mucus in your stool, irritable bowel syndrome (IBS) stems from the large intestine. If you’re affected, you may alternate between diarrhea and constipation. There are some theories for why it happens, ranging from diet to stress and hormones, but no one cause is universally accepted. That said, consulting a doctor can be beneficial to minimize symptoms through diet and lifestyle changes or medication.

Dairy contains lactose – the sugar found in milk, cream and other dairy products. Those who have trouble breaking it down are known as lactose intolerant, meaning they lack a sufficient amount of an enzyme called lactase. The result can vary, but common symptoms include stomach pain and bloating, as well as diarrhea and gas. Lactose intolerance can’t be cured, but it can be managed by limiting dairy intake, opting for lactose-free products or taking over-the-counter lactaid pills.

If you’re constipated, there are several natural ways to treat minor symptoms. Try exercise, drinking plenty of water or consuming foods with high fiber content, like prunes. If you notice that you’re passing less than three stools a week, or if you experience straining and lumpy, hard stools, it could be something more serious. Reach out to your doctor to rule out complications.

There are many more ailments, like kidney stones and food allergies, that could also be the root cause of a stomachache. If you’re experiencing severe stomach pain, or if your pain is ongoing over several days or worsens, it’s always best to consult with a medical professional like your doctor.