60% of Binge Drinkers Drink Even More During COVID-19 Lockdowns 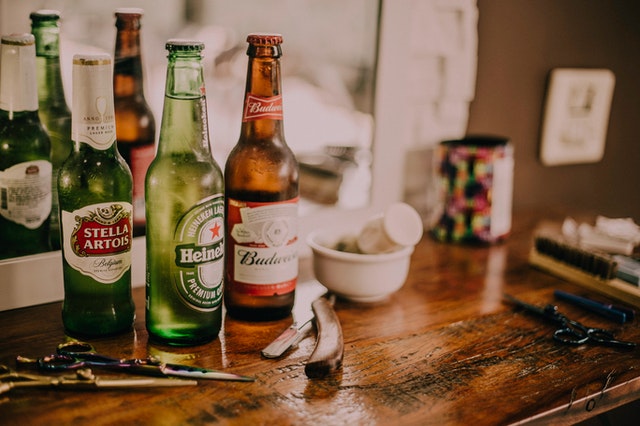 According to a new study from researchers at the RAND Corporation, more people are binge drinking during the pandemic. And the number only seems to increase the longer we find ourselves in lockdown. There are a lot of factors that could be contributing to this increase, like the stress resulting from lost income, an unpredictable employment situation, or even social isolation – and people with a history of mental health problems could be at an even greater risk.

What the study results showed.

In the mid-March to mid-April 2020 survey of almost 2,000 U.S. participants over the age of 18, a staggering 34 percent of those studied reported binge drinking as COVID-19 stay-at-home orders became more commonplace. Even those who already identified as binge drinkers before March reported heavier alcohol consumption than their usual amount. There are many risks of binge drinking that can have seriously detrimental effects over time. Heavy drinking puts one at risk for alcohol use disorder, a long-term dependency on alcohol despite adverse social, occupational and/or health consequences.

Who’s the most at risk for binge drinking?

Binge drinking can affect anyone – there’s not necessarily one group or age that’s at risk, because so many factors can be a cause. Your childhood can play a role, particularly if you had negative childhood experiences stemming from having a parent who was an alcoholic, for example. Those who begin consuming alcohol at a younger age, along with those who smoke or use illegal drugs are also more at risk.

Personality can come into play, too. Certain traits including impulsivity, extraversion, and negative emotions like anxiety or depression can increase the likelihood of engaging in binge drinking. And particularly prevalent these days, as young adults have been lonely and depressed during the pandemic, those who believe alcohol eases stress or improves your mood are far more likely to turn to alcohol to cope.

How to know if you have an alcohol problem.

Remember that for men, moderate drinking is defined as no more than 15 drinks per week with no binge drinking – defined as consuming five or more drinks in a two-hour period. For women, the numbers are 7 drinks per week, not to exceed four or more drinks in a two-hour period. Going over the limit, especially on a regular basis, can pose significant health risks and could indicate a more serious problem.

How to stop binge drinking

There’s no denying it: Binge drinking saw a huge spike during the pandemic. The good news is that many people are capable of making changes on their own to reduce their drinking and turn to healthier coping mechanisms. Sleep, exercise, meditation, enjoying creative interests or working with a professional counselor can help us deal with stress in more productive ways. Setting – and sticking to – limits on how often and how much you drink, or alternating between alcoholic and nonalcoholic drinks, can also go a long way in reducing the risk of a long-term alcohol problem.

If you or someone you know is struggling with alcohol use disorder, it’s important to know that help is available. The Substance Abuse and Mental Health Services Administration has a national helpline, available in both English and Spanish, that’s accessible 24/7/365 at 1-800-662-HELP (4357) or TTY: 1-800-487-4889. This service is free and confidential, and they can put you in touch with local treatment facilities, support groups, and community-based organizations. Avail Hospital is also always open and available to facilitate getting you help if you need it – just call us at (337) 656-7700 or come in any time of day or night.