Home > A Guide to Concussions and Brain Injuries

A Guide to Concussions and Brain Injuries 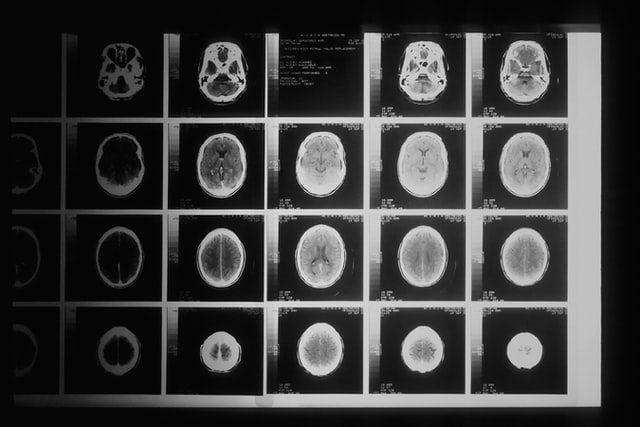 Thanks to its thick, bony shell, better known as the skull, the human brain is well-protected from lots of the damage people encounter in their everyday lives. Even beyond the skull itself, there are layers of additional protection in the form of membranes and fluid. That said, injuries can and do still happen. And just as all injuries are different, the way they affect each individual varies from person to person, as well. When a head injury is severe enough to affect your brain, it’s known as a traumatic brain injury (TBI), and it can alter the way you think or move, among other effects.

Whether you’re wondering the differences between types of brain injuries or how to know if you’ve had a concussion, this guide can help you learn more about protecting your brain.

What causes a brain injury?

When you experience hard impact to the head, it can shake your brain inside the skull. The result can range from bruises to broken blood vessels to nerve damage in the brain. If there’s no bleeding or opening in your skull, it’s referred to as a closed brain injury. If an object enters the skull and reaches your brain, it’s known as an open brain injury.

There are different types of traumatic brain injuries, and they can range from mild to severe, depending on a number of factors. A mild TBI is called a concussion, and the recovery process tends to be quick. A critical TBI is signified by more serious symptoms, like unconsciousness that can lead to a coma or even death.

Understanding what a concussion is

A concussion happens when a shock to your head or body causes your brain to shake back and forth. Often, when we hear the term, we think of concussions in sports, but physical activity isn’t the only source of these injuries. And although concussions are considered mild brain injuries, they can cause lasting damage without a proper recovery period.

In most cases, a concussion won’t cause you to black out or lose consciousness. Typical concussion symptoms include:

If you think you may have experienced a concussion, it’s best to be evaluated by a doctor or a concussion clinic. Of course, following the injury, plenty of rest is needed to make a full recovery. Getting a second concussion before the first heals can amplify your symptoms, increasing the chances that you’ll accumulate long-term post-concussion syndrome or permanent damage.

Repeated concussions can lead to a condition called Chronic Traumatic Encephalopathy. It’s often seen in athletes like football players or boxers who have sustained multiple brain traumas, which kill brain cells. Symptoms often take years to appear, starting with mood swings, behavioral changes, and a lack of impulse control before progressing into memory loss and dementia. It’s unable to be diagnosed until after death, when a doctor can examine the brain. Currently, there’s no treatment for the disease either, although its symptoms can be treated separately.

Even as strong as the skull is, it can crack if impacted hard enough, resulting in a skull fracture. In the event of a fracture, if the sharp edges press into your brain, it can cause bleeding. This often appears in the form of clear fluid from the brain or blood draining from your nose or ears.

When an injury damages blood vessels in the brain, known as a brain hemorrhage, it can lead to a bump of trapped blood known as a hematoma. This can lessen or prevent blood flow to your brain, causing a medical emergency known as an anoxic brain injury. Brain hemorrhage signs to look out for include:

A head injury or brain injury is assessed through various tests. You’ll be asked questions to evaluate your memory, your ability to concentrate, problem-solving and other functions of the brain. Brain scans, including a computed tomography (CT) or magnetic resonance imaging (MRI), can also help to identify any injuries present.

It’s possible to damage the parts of your brain that help you store and retrieve information, which can lead to any level of memory loss. You may even have difficulty remembering the injury that caused your injury in the first place. In many cases, the memory will return, but more severe brain injuries can cause long-term or permanent loss.

You could also hurt the parts of your brain designated for balancing or walking. This can lead to dizziness, the sensation that the room is spinning, or even issues with depth perception. To an extent, these symptoms can be improved through physical therapy and other rehabilitation efforts.

A change in mood

It’s not uncommon to experience symptoms of depression following a TBI. For some, they undergo intense mood swings that range from laughing to crying to angry within minutes. If you feel that you no longer have control over your emotions, a doctor may be able to help with treatments.

Increased risk of other diseases

Some evidence suggests that having a TBI increases the risk of developing Alzheimer’s disease, Parkinson’s, CTE and other brain disorders with age. Beyond brain disorders, the effects of a serious brain injury can still hold a lifelong impact, affecting the way you think, move or control your emotions – especially if you’ve experienced multiple injuries.

When it comes to medicine for concussions, the best concussion treatment is to simply rest and let your brain heal. Various forms of therapy including physical, occupational and speech therapy can help as well. Seeing a counselor, psychiatrist or other mental health professional can help you learn how to best cope with your injury.

About 1.7 million people experience a TBI each year, with 3 out of 4 being mild. But even with mild concussion symptoms, it’s important to be evaluated by a medical professional to assess the extent of the injury and what treatment(s) are recommended.

For those with children, it’s particularly important to teach them the importance of safety when it comes to protecting the brain (i.e. always wear a helmet when riding a bike). Nearly 500,000 children end up in the emergency room each year for a brain injury, making it one of the leading causes of disability and death among children. Long-term effects for children include difficulty learning, behavioral and emotional struggles.

During the infant and toddler years, little ones are on the move, especially as they make the transition to learning how to walk. Exploring their surroundings is bound to come with some tumbles, and in most cases, they’ll be able to bounce back from a minor bump on the head. Some symptoms, however, are cause for concern. If your child is inconsolable, vomiting, saying their neck/head hurts, or if they have trouble waking up following a fall, seek immediate medical attention.

School-aged children who suffer brain injuries typically do so as the result of sports incidents, bicycle riding or car accidents. Properly fitted helmets and other safety gear can help prevent or minimize sports concussions or injuries from recreational activities. Teaching children important bike safety rules, including traffic and road hazards, can go a long way in avoiding injuries. You should also talk about car safety, like wearing a seatbelt on school buses or in other people’s vehicles. Don’t forget to lead by example!