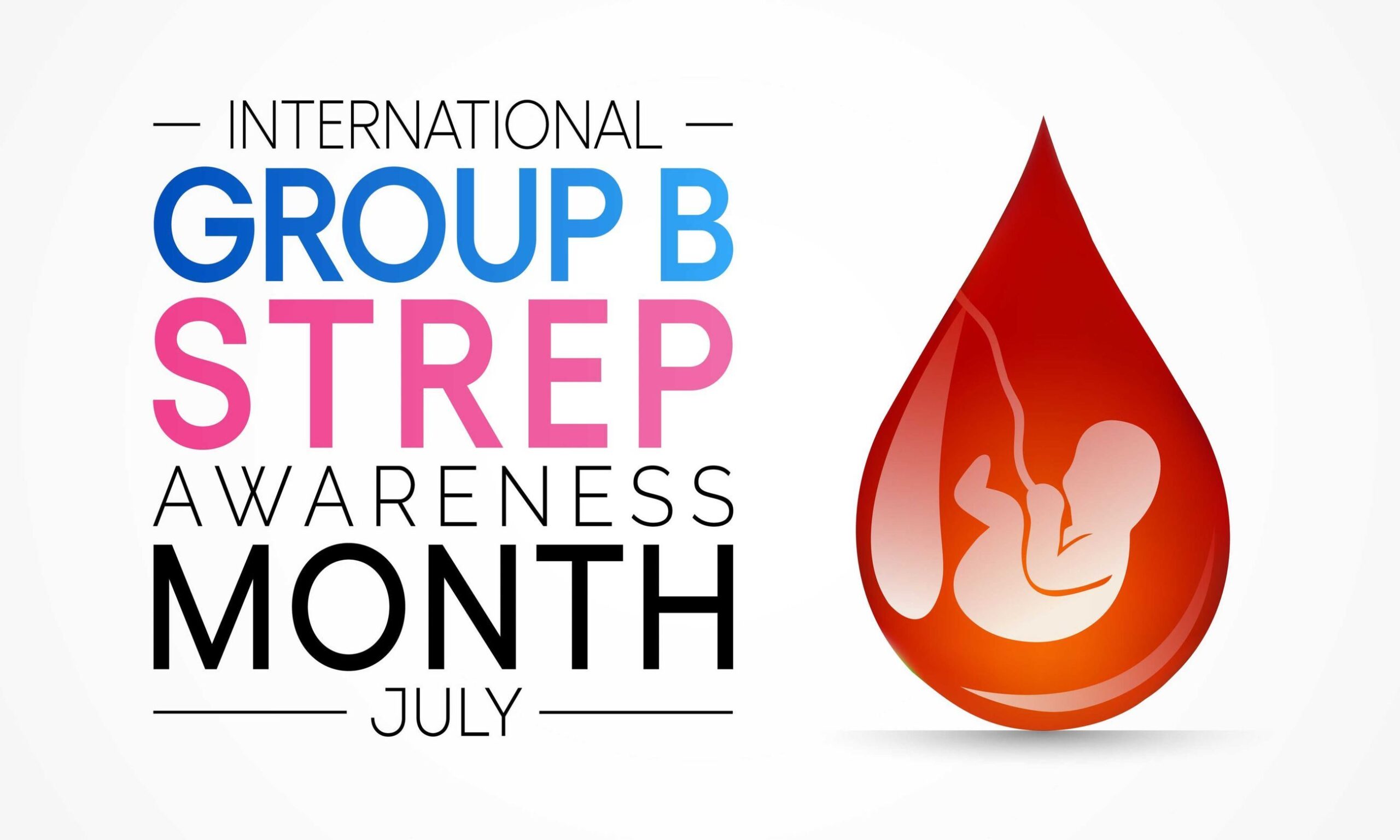 When we think of strep, what most often comes to mind is the contagious illness that comes with a painfully sore throat, swollen tonsils, fever and other symptoms. However, strep throat is just one manifestation of the group A streptococcus bacteria, which also causes scarlet fever, impetigo and other conditions and diseases.

Alongside group A strep is the lesser-known but very common group B strep, also known as GBS bacteria. Though it can cause things like urinary tract infections, pneumonia and other infections in people with chronic conditions, this bacterium usually lives happily in a healthy adult’s intestines or genital tracts without causing trouble. However, transmission of group B strep to a newborn can pose a serious danger. If a pregnant woman has the bacteria living in her birth canal, group B strep can be passed on to the newborn child.

Symptoms of Group B Strep Infection in Infants

Group B streptococcal infection can even be life-threatening in infants, causing meningitis, blood infections and pneumonia.

Symptoms of Group B Strep Infection in Adults

When the bacterium does cause problems in adults, group B strep symptoms depend on the type of infection caused:

Causes of Group B Strep Infection – and Prevention

Group B strep can be present off and on or for extended periods of time in healthy people, and how it’s transmitted isn’t known. We do know it’s not transmitted through sexual contact or in food or water. However, adults with diabetes, HIV, heart disease, cancer and other chronic or serious diseases are at increased risk of GBS infection due to having a weakened immune system.

As mentioned before, the cause of transmission and illness in infants happens when a baby is exposed to the bacteria in the birth canal during birth. For this reason, with a group B strep pregnancy, prevention is key. The American College of Obstetricians and Gynecologists recommends all pregnant women be screened for group B streptococcal infection at 36 to 37 weeks of pregnancy. With a positive result for group B strep infection, group B strep treatment includes antibiotics administered during labor by way of an IV. Sometimes pregnant women are given a group B strep treatment of IV antibiotics even with a negative test result if they have other risk factors, such as a current urinary tract infection or have previously delivered a baby who became infected.