Home > Alzheimer’s Brain vs. Normal Brain: What to Know

Alzheimer’s Brain vs. Normal Brain: What to Know 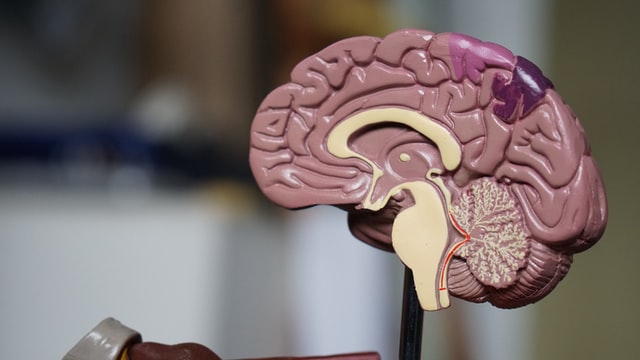 What to know about Alzheimer’s brain differences

The most common form of dementia, Alzheimer’s disease is not just simple forgetfulness. Rather, Alzheimer’s disease is a progressive condition that goes beyond stealing memories and cognitive function to actually cause changes to the brain itself. These damaging changes may not be visible in a typical brain scan during early stages but are clear during advanced stages of Alzheimer’s. Even so, these tiny brain changes can begin as many as 10 years before Alzheimer’s symptoms and signs become apparent.

To understand the changes caused by Alzheimer’s, let’s first look at how an Alzheimer’s brain works differently from a normal brain.

In an Alzheimer’s brain, APP is turned into a different protein called beta-amyloid which is not cleared away. Instead, beta-amyloid clumps in the brain, damaging and even killing neurons. Beta-amyloid also interacts with tau to cause tangles inside neurons, blocking the neuron’s connections and leading to plaques and death of brain tissue.

With this in mind, we can easily see that an Alzheimer’s brain can undergo significant changes. The plaques and tangles of proteins within the brain are detectable in a brain scan during advanced stages of Alzheimer’s.

In addition to these plaques and tangles, Alzheimer’s patients also are more likely to have brain inflammation, which may be due to the brain’s inability to clear waste proteins. This abnormal functioning is thought to be due to abnormalities within a gene that typically is responsible for clearing beta-amyloid and fighting inflammation.

The cell death that occurs with Alzheimer’s ultimately becomes so widespread, starting in the hippocampus and spreading to the entire brain, that overall brain volume shrinks significantly.

Caring for someone with Alzheimer’s disease

Even with what is known about Alzheimer’s brain changes, experts are still not clear on the causes of Alzheimer’s since studying the brain in action is a difficult task. At this time, there is no cure for Alzheimer’s, but treatments can slow the progression of the disease.

If someone you love has Alzheimer’s and is in need of emergency medical care, you can trust that the emergency medicine experts at Avail Hospital  are skilled in treating patients of all ages and affected by all kinds of conditions, including Alzheimer’s. We’ll ensure your loved one receives the best emergency care possible.